There and Back Again… 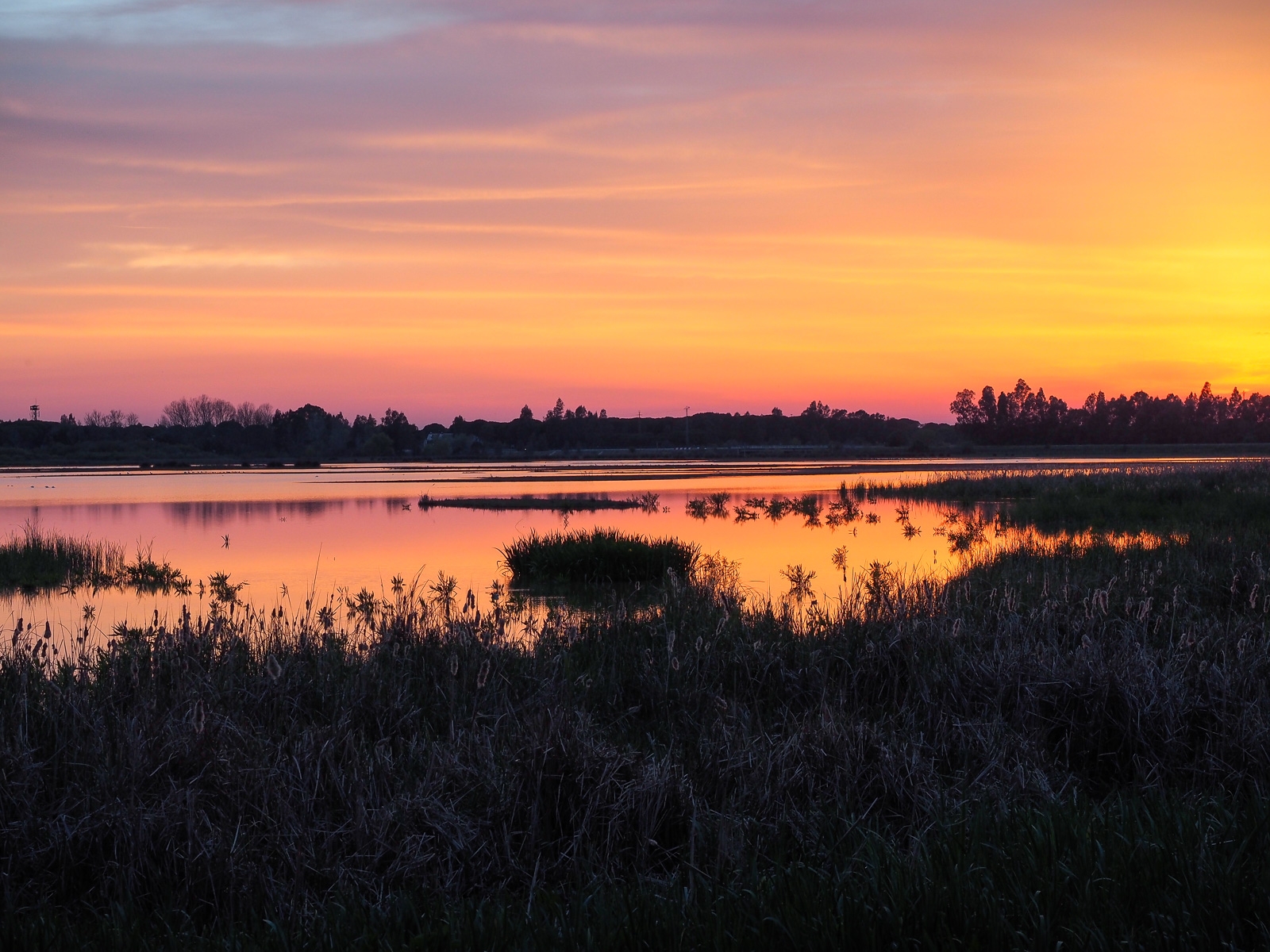 My circular tour from Olympus to Sony to Olympus, in search of the perfect traveller’s camera.

Like most photographers, I’m not unreasonable: if anyone made a camera that weighed 50g, had a zero-noise, huge resolution sensor, a fast zoom range from nose to infinity at Leica quality, infallible metering, instant autofocus under all conditions and a battery life of several years, I’d buy one on the spot. And if it cost a couple of hundred quid, so much the better. In the real world though, the deeply unreasonable attitudes of both the laws of physics and of camera manufacturers trying to eke out a living mean that we have to pick our own compromise between sensor size, bulk, performance and price.Mine lies where I get the usability and image quality that satisfies me, but with the minimum of weight and bulk – I travel a deal by foot, bicycle, ski, motorcycle, air and yak, and my back and neck are feeling the strain from several decades of lugging full-size SLR gear around.

When I first invested in a DSLR system in 2004, my choice was Olympus’ 4/3 system. It was new and shiny then, the E-1 was notably more compact than the DSLR opposition of the time, was built like the proverbial very solid thing and had fantastic ergonomics. With just three excellent, if slightly bulky, digital Zuiko lenses, I could cover a continuous focal range from 14 to 400mm (in 35mm terms) and was definitely un lapin heureux.By late 2007 though, 5MP was a tad passé, so I ‘upgraded’ to the 10MP E-3. Note the use of ironic quotes there: The E-3 was certainly a step forward in raw resolution and kept the lovely subtle out-of-camera colour rendering that characterises Olympus digital cameras, but everything else about it was a at least a hop backwards: it was as large as any competing DSLR and ergonomically inferior to the E-1. The dynamic capabilities of the 4/3 sensors were also at that point falling somewhat behind that of the APS-C competition. But the lenses were as great as ever and the build quality still good (I once actually had to use it to concuss an attacking Ned, to considerable effect and without consequences for the camera), so I stuck with it and bought a lovely little Ricoh GX100 as a pocket camera.

The big change came in 2011 when I bought the newly-introduced Sony NEX-5 with the 18-55mm kit lens, initially as a travelling camera and then found, because of its portability and image quality, I simply wasn’t using either Olympus or Ricoh. So both sat gathering dust in my attic while I amassed quite a collection of NEXs and E-Mount lenses.

But all has not been quite well: Sony’s market strategy and customer support has proven somewhat confused and inconsistent, bringing out new bodies (often with only minor changes) at several times the rate of new lenses and failing to provide needful firmware updates for their existing product. Fast primes and zooms are thin on the ground; there’s no in-body image stabilisation (IBIS) to support legacy lens use or even some of their own lenses and their autofocus has tended to be moderately slow, even on the later NEX-6 with its magic phase detect pixies.

Sony also now seem to be marginalising their top-end E-Mount APS-C cameras in favour of the new full-frame FE cameras.The latter, whilst impressively compact in the body, remain compromised in ultimate usability by their ergonomics and the physics-constrained bulk of the FE lenses. The A7/A7R give the impression of Sony having fitted the most minimal camera they could around the sensor, without huge regard for usability. That does mesh with my prior experience from the NEXs, where the overall product ergonomics – hardware and software – are notably inferior to those of current and many past Olympii. I do sympathise with the school of thought that describes Sony as an excellent electronics company still learning to do high-end cameras, whereas Olympus are culturally where they’ve always been – a photographer’s company. That consumer electronics company view of the tech as essentially disposable may also go some way to explaining Sony’s poor support for existing customers, something I’ve suffered from every time I’ve needed a repair or maintenance.

I’ve been waiting for three years now for Sony to come out with stabilised, high-end, fast primes and zooms. To date, the score is between zero and two, depending on how you rate the Sony 35mm & 50mm f1.8 primes. The 24mm f1.8 Zeiss is a lovely lens, but isn’t stabilised and the 10-18mm and the 16-70mm zooms, whilst very good indeed, are optically not as consistently stellar as you might hope for the price.With Sony’s roadmap now appearing to firmly favour development of the FE lenses with the concomitant size penalties, those of us looking for a truly portable and intuitive camera system need to look elsewhere – at the current Olympus and Panasonic M4/3 ranges or at Fuji’s APS-C offerings.

Which is why I’ve flipped again: After looking at everything from the Sony FE to ‘old school’ FF Nikons, I’ve finally taken the plunge and bought Olympus’ new OM-D E-M1 with the HLD-7 battery grip, the new 12-40mm f2.8 Pro lens, the 75mm f1.8 prime and with the tantalising promise of the the rest of the new Olympus m.Zuiko Pro range to come. I’ve also bought the MMF-3 adapter so that I can continue to use my lovely olde-worlde 4/3 Zuikos until the native (and rather more compact) M4/3 Pro equivalents are shipping.On the morning after the camera, lens, battery grip and a couple of spare batteries arrived, I was wandering around the old quarter of Seville, on a road trip through the history and nature of Southern Spain and Gibraltar. I was travelling with a friend with her APS-C Nikon gear and top-end fast zooms: even with my ‘legacy’ 4/3 lenses, I was carrying half the weight of kit. A week later, with a side trip to London under my belt as well as some wandering around my home glen, I’ve given the E-M1 a several thousand frame workout.A sample gallery from my E-M1 ownership to date is below, remembering that I’m still learning how to get the best out of the thing.

And, to cut out a lot of arm-waving, I again feel like a photographer rather than a camera operator: my tools are once more working with me in the art and science of making images of the world as I see it. It’s a truism that the best cameras actively connect you to the world and get out of the way of image-making. Of cameras I’ve owned, the OM-2n did that; the Canon T90 certainly did, as did the original Olympus DSLR, the E-1. The E-M1 does just the same and felt that way within the first five minutes. And that’s before I’d started tweaking its multitude of options to suit my exact needs, although I believe it’s always best to spend time learning the manufacturer’s defaults, to understand how they think the camera works best, before starting to impose your own preconceptions.

That’s not to say that the Sonys haven’t proved useful and adaptable – the NEX-7 in particular is highly configurable. Unfortunately, it’s highly configurable in what appear to be most ways except the ones you need most often. So, no matter what you think you want, it’s likely to require rather too much ploughing through screeds of options and menus to get there. I’ve had my NEX-7 for more than two years now and still don’t feel I’ve got my head around the design logic. All of this though, plus a few unreliable elements, could have been fixed with firmware upgrades from Sony, but these just haven’t happened, ibid.

Just one example here: the Olympus includes 4 settings that save all current settings for rapid switching. I’ve got these assigned for all the settings I need for ‘normal’ walkaround shooting, high-speed focus tracking, night-time handheld and tripod work. Changing all these settings on a NEX takes minutes and I invariably forget something. On the E-M1 I’ve assigned these to one of the function buttons — switching takes no longer than a second or so.

And the E-M1 is a camera you can just pick up and shoot with. But you WILL spend several weeks with the manual working out the subtleties and customisation options. Do beware though of a couple of odd defaults before you start: the JPEG Superfine option is disabled until you set it in the custom menu. Why, I have no idea. And the file naming is set to reset every time the card is cleared. I prefer it to continue incrementing, so if that’s your thing, set it to Auto in the custom menu.

Once you set aside pixel-peeping obsessions and just consider the ability of a camera to help you concentrate on the world you’re imaging and turn what you see into photographs (rather than spending much of your time perforce engaging with the process of taking pictures), the Olympus is ahead of the NEX – any NEX that I’ve tried, certainly.

Like others in the photographic testiculation community, I was at first scandalised at the apparent lack of support for Olympus’ lens profiles in Lightroom 5 – I’ve gotten used to the tedium of waiting for Sony or a third party to create profiles for their lenses that I could download and use. Then I discovered that the M4/3 standard simply embeds the lens profiles in the RAW image metadata (JPEGs are of course corrected in-camera) and any RAW converter that properly supports ORF files will apply the relevant corrections. See what I mean about Olympus being a photographers’ company?If the best camera is the one you have with you and the best photograph is the one you’ve actually been able to capture, then I’d rate the E-M1 ahead of the NEX on both counts – in the first, marginally, where the slightly greater size of the E-M1 is balanced by the relative bulk of some of the NEX lenses and in the second because of the notably greater responsiveness and superior handling of the E-M1. YMMV.I now can’t wait for the rest of the Pro M.Zuikos – the 40-150mm f2.8 should arrive this year, with the 7-14 f2.8 and the 300mm f4 to follow. Meanwhile, I’ve got quite a lot of kit to sell…

This entry was posted in Gear.